Being a teacher is indeed a calling. Teachers are always eager to share the knowledge wherever they go. No need to be in a classroom for you can educate people on the subways, or while running errands. Educators by calling don’t need sophisticated tool: they can even teach computing without a computer! Or, they can inspire students to enhance their reading habits by betting to kiss a pig in front of the whole school.

The willingness to bring knowledge to the masses has inspired the Typical Student team to put together a list of ingenious teachers who keep educating even when they’re out of class.

While commuting home, Corey Simmons took advantage of a long train ride to do fractions for his 3rd grade son. It’s been almost three decades since Simmons did the elementary school math, so fractions didn’t go smoothly. The man sitting next to him, said he was a math teacher and wondered what Simmons was doing. Learning what the problem was, the teacher offered some help.

The nearby subway passenger captured the heartwarming conversation and posted the interaction on her Facebook page. The math teacher told Simmons to quiz him about the sums he was confused about. By the end of the train ride, Simmons had a much better understanding of fractions. That’s what being a real teacher means!

Another math teacher has made the most boring subject ever a real BLAST by pranking his class on April Fool’s Day. Matthew Weathers is not your regular math teacher: he has his own YouTube channel with over a 100k subscribers! The viral video of his math prank has already amassed over 8 million views!

In a video, Mr Weathers pretends having difficulty cleaning a marker stain on the projector screen. The prank, however, ends up in a full-blown technological wizardry, almost Harry Potter level! While attempting to clean up the stain, the educator interacts with pre-recorded live action sequences he had prepared before the performance. Just take a look how apt he is at pranking his students!

Courtney Lee Simpson, a teacher from Tennessee, wanted to educate her students about germs using three slices of bread. She posted a picture showing what happens to bread if taken with clean and dirty hands. That’s the way of making your biology lesson more exciting, and teaching kids about hygiene as well.

Melissa Bour, the 6th grade science and math teacher from Tulsa, OK, decided to teach her teenage students about the dangers of social sharing. After getting a friend request from one of her students, Ms Bour was surprised to discover that many of her 12-year-old students were posting inappropriate content on their Facebook profiles. For instance, some teens were posting selfies in their bras, or while making rude hand gestures.

Talking this thing over would obviously have very little effect, so Ms Bour took to Facebook to visualize the harmful consequences of irresponsible social sharing. The teacher posted the below picture on her Facebook page asking people to share it and comment with where they live. 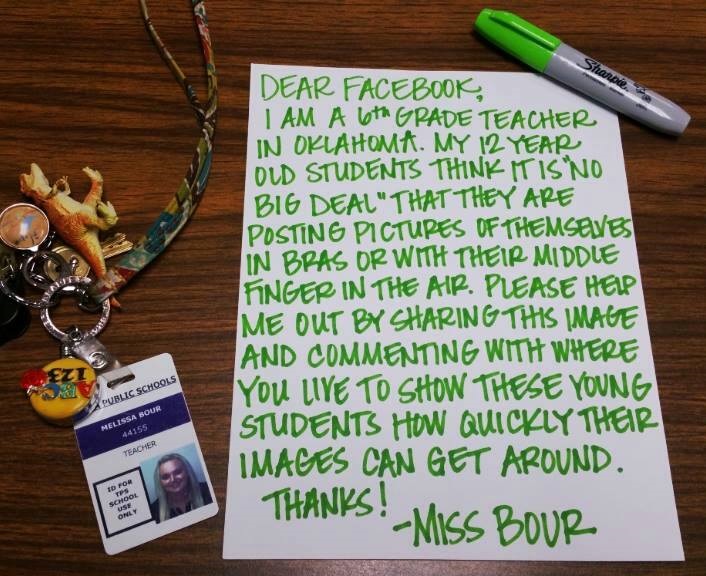 This was meant to show students how quickly a message can travel across the globe on social media.  Judging by geography, Ms Bour’s image made it across the Atlantic to Spain, England, and Germany. Furthermore, it even reached Saudi Arabia and Australia! 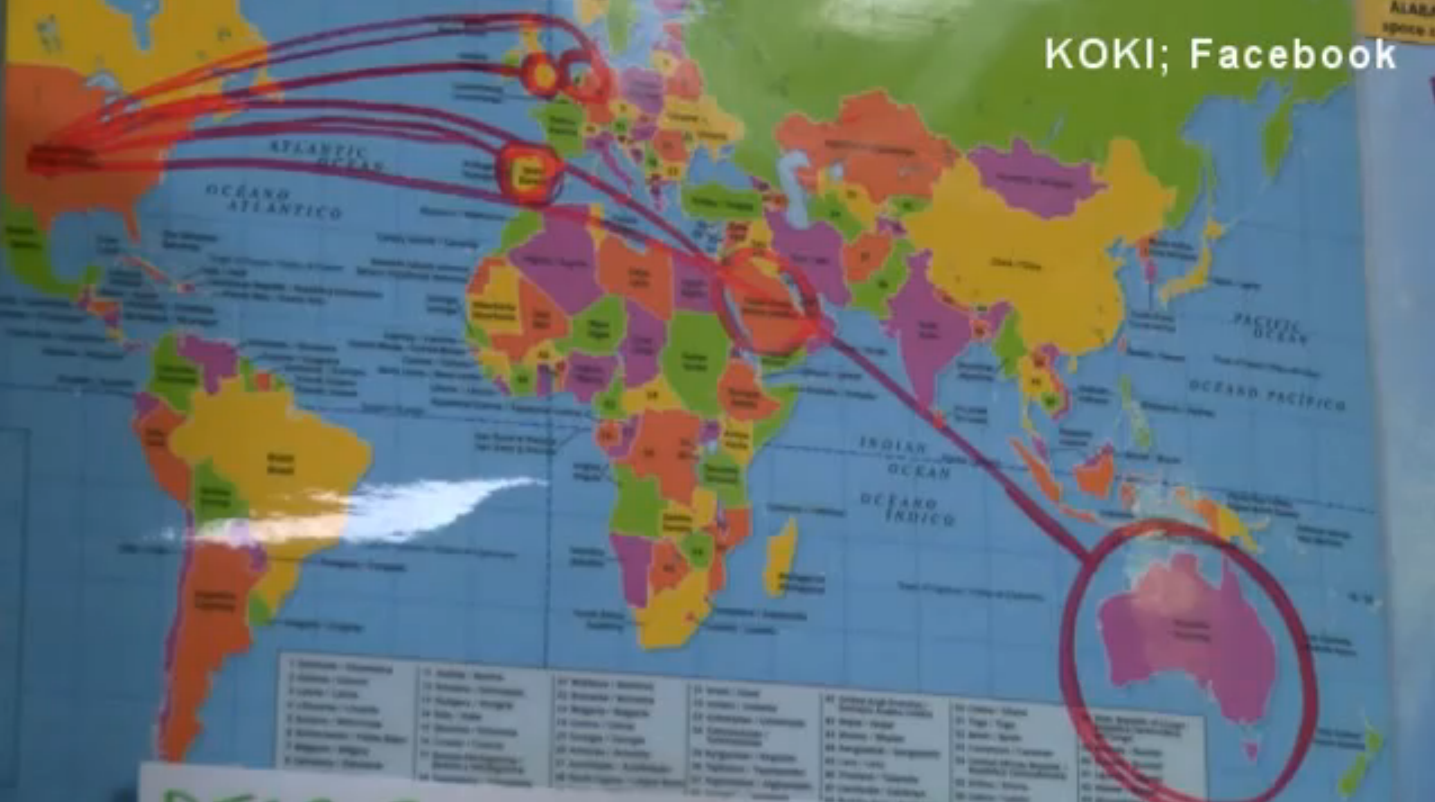 more hot news
6 U.S. Public Universities & Colleges That Require No Application Fees
4 US Music Festivals Students MUST NOT Miss This Weekend + 1 To Prepare For!
5 CRUCIAL Skills Every Parent Must Teach Their Kids Before Buying a Smartphone