In the past few months, the Internet was broken several times by more-than-weird behaviors of education officials. The Typical Student team has picked the cases that went viral across the UK and USA to remind you about these educational weirdos. Take a look!

This one is our favorite for sure! As reported by a number of resources from Vice to Buzzfeed,  the Holmdel High School, NJ, the superintendent was arrested for repeatedly pooping on the school’s sports ground. Reportedly, school coaches had been "finding human feces, on or near the area of the high school track/football field on a daily basis." Finally, after putting together a sting operation, the mystery pooper’s identity has been uncovered. It turned out to be Thomas Tramaglini, 42, the superintendent of the nearby Kenilworth Public Schools district. The man was literally caught in the act with his pants down and charged with “lewdness, littering, and defecating in public.” No viable reason for the “pooping” behavior has so far been given, so it's unclear why exactly Tramaglini was doing number two outside. However, since this was a continuous issue, it’s worth exploring.

UK university watchdogs are there to ensure everything is done right and students get better value for money. However, in the hipster age, the content strategy of a university watchdog website can suddenly take a different spin. The visitors to the Office for Students website, who were seeking advice on university finance, were surprised to discover the references to "lumbersexual cloud bread", "tofu tote bag" and "snackwave artisan". 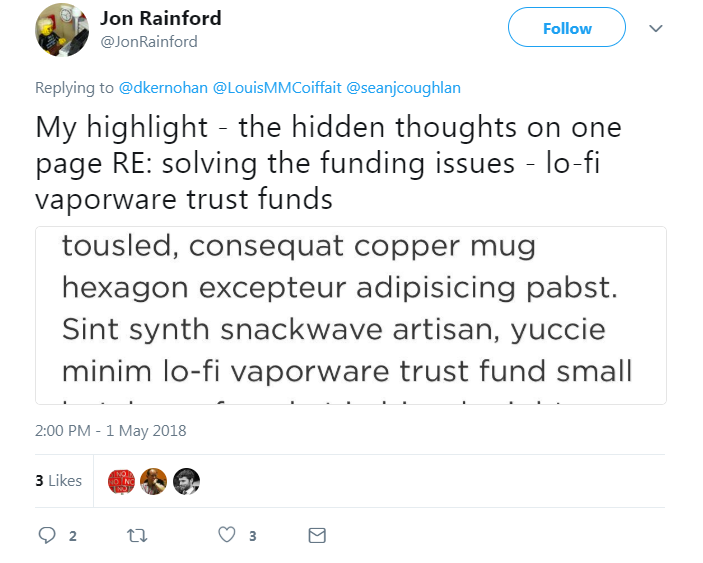 My highlight - the hidden thoughts on one page RE: solving the funding issues - lo-fi vaporware trust funds pic.twitter.com/Aa8Ei9v7eb

The university watchdog later tweeted an apology reading: "Ooops, we came over all poetic for a moment there." The pages bearing the hipster poetry have since become inaccessible. Seeing strange hipster text alongside the watchdog strategy in the higher education marketplace on the official web resource launched by the government was quite unexpected. 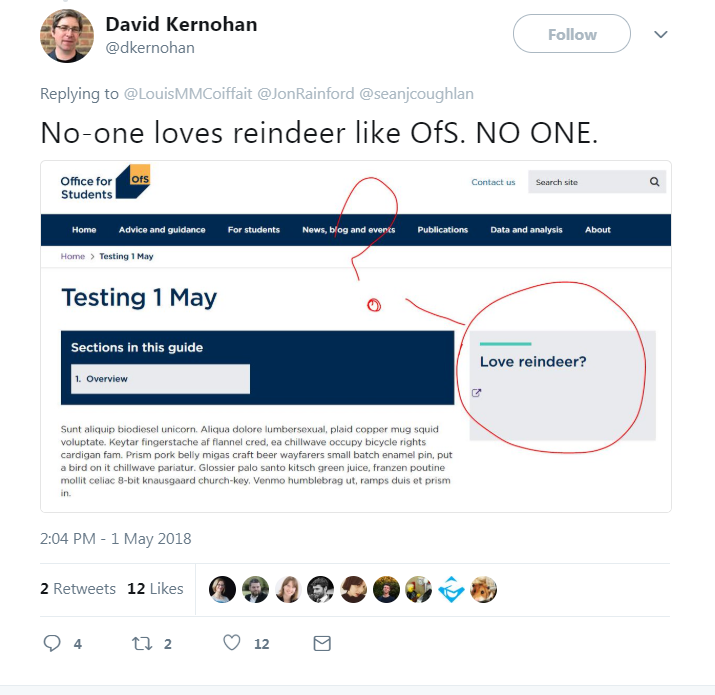 This sparked a Twitter debate regarding what was actually meant by the captions seen phrases on the website. Here are just a few examples:

Some Twitter users assumed that the text was randomly generated to fill gaps on the website.  Web designers sometimes use special apps generating the filler text, so this time it was some sort of hipster slang mentioning beards, brands and expensive breads.

In spite of all this, it’s still a question why the Office for Students website that has just published its strategy and business plan, captions its articles with "Love reindeer?"